Smut for the Thinking Girl

So everyone and her grandmother are going on and on about "Fifty Shades of Grey", the phenomenally best-selling book by ordinary wife, mother and career gal, E.L. James.  And by "phenomenal" I mean I can't believe this talentless hack wrote a best-seller and can now call herself an "author" and everyone seems to be cool with that.

I don't begrudge her success "Lies!  Lies!  I totally begrudge her success!" my inner goddess screamed.  I'm just jealous that I've spent so much time agonizing over every adverb and turn of phrase on my non-paying blog but this woman makes millions after farting out the worst travesty of fiction since V.C. Andrews drew breath in her body.  But my jealousy is strictly professional.  I actually have a sick appreciation for this poorly written drivel much in the same way I love the movie "Showgirls" or can't get enough of trashy reality TV.

Personally I feel that the summer is perfect for books like "Fifty Shades of Grey".  I prefer to read trash in the summer so I don't really have to think about what I'm reading.   I like laughing at how bad it is.  A nice, bitchy little vacation for my brain.  But if you're looking for smut of a higher calibre then boy, do I have some books for you!

Anais Nin remains a very interesting character in her own right.  She was very beautiful and, though married, had several affairs with leading literary figures, the most famous of which was "Tropic of Cancer" author Henry Miller.  They wrote a whole bunch of letters to each other which were published in the book "A Literate Passion". 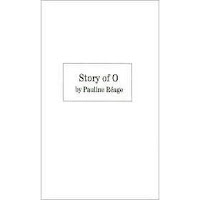 The Story of O, by Pauline Reage.  This book was given to me as a birthday gift from my friend, Jen.  I was curious to read it because I had read somewhere about sex therapists advising their clients to read it, but I couldn't find it anywhere.  (I don't know how you did it, Jen but you're awesome!)

The story is about the ultimate objectification of a woman.  If it's whips and chains you're looking for, look no further.  O is beaten, branded, pierced and much, much more.  "Pauline Reage" is a pseudonym and the author's real identity was unknown for a long time (which is a good thing because they would have faced obscenity charges).  Many claimed, probably because of the treatment of women in it, that the book had to be written by a man.  This book generated much controversy especially among feminists because they felt it glorified the abuse of women.

The truth is that it was written by Anne Desclos.  Annie was having an affair with her employer Jean Paulhan, who was really into the Marquis de Sade.  One day they were talking and he was all "Look at Sade!  What a genius!  Chicks could never write anything like that, because they're like, chicks."  And Annie said "We'll see about that!" and, after putting her clothes back on, she went to work.  She never publicly admitted to the authorship of the book until the mid-nineties, which confused the shit out of the feminists who no longer knew what to think.

"The Story of O" was compelling but I didn't personally find it to be very sexy; more of an intellectual exercise.  O is treated too brutally and that ain't my thing, but it's basically the story of Fifty Shades of Grey without all the bad writing and annoying characters, so there you go.

This was one of my mother's books that I pilfered because I heard her talking about it to my aunt and the subject material seemed really interesting.  It takes place during "Cave Man Times" (I am neither an anthropologist nor an archaeologist) and talks a lot about what life was like back then: culture, social structures, technological developments, language etc.  Very pseudo-educational.

It's all about a strong female character named Ayla, who successfully challenged the sexist regime of her adoptive culture's patriarchy to become a career woman and then went out independently into the world to find the people of her birth.  "The Mammoth Hunters" deals with how she handles meeting her people of origin and the culture shock that goes along with that.

But OMG, the sex!  This book is chock full of cave-man sex!  And it's great if you're not a gal whose inner goddess is just dying for your boyfriend to slap you around and then remove your tampon to have sex with you.  Not one woman is beaten, tied up, or pierced for some dude to get his rocks off.  In fact, women are positively revered as living incarnations of the Mother Goddess.  "The Mammoth Hunters" universe is really the ultimate in Mommy-porn.  Ayla's people live in an egalitarian society where women are respected, the village raises the children and the men view pleasing a woman sexually as their sacred duty.

The sex scenes are both steamy and hilarious.  I mean, her mate's name is "Jondalar" and Ayla, for whom there is a slight language barrier, often talks like you would expect a cave-person to talk.  "Ayla enjoy share pleasure with Jondalar.  When we share more pleasure, Jondalar?"  And they never miss an opportunity to discuss Jondalar's long-standing problems with being hung like a mammoth and how most women are afraid of his penis, but not Ayla who seems to have a "cave" of matching proportions.

Out of the three books mentioned here "The Mammoth Hunters" is probably my favourite for summer reading.  It's interesting, informative and full to the brim with randy cave-people.  And it's definitely a plus that I'm not distracted by how badly it's written.

But you know what?

There's nothing wrong with reading Fifty Shades of Grey.  I plan to read it.  Yes, it's a badly written book.  Yes, it's insulting to women.  Yes, the ones who claim it is a "romantic love story" make me weep for humanity but I honestly don't think we're supposed to think about it that much.  I don't think E.L. James thought about it that much.  And as I've said before, when it comes to summer reading I prefer not to think.