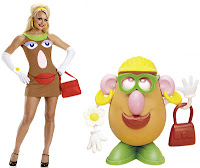 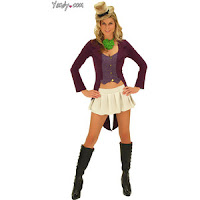 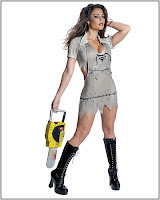 If you asked me to name the least sexy cartoon I know it would have to SpongeBob.  He''s literally square shaped, has buck teeth and the sponge holes in his body just look like problem skin to me.  But the good people at Yandy.com (who, BTW are the brilliant minds behind most, if not all, of the costumes made here) said "SpongeBob SquarePants?  Challenge accepted." 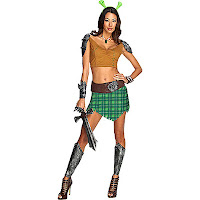 But for me now that I'm 36 and have two kids, I'm kind of past these kinds of costumes.


(I've teased Yandy here a lot but they are actually a terrific website for lingerie shopping.  I might just get myself  a little costume to wear for my husband.)