A Scarf Too Far: Chronicling Celebrity Abuse of Man Scarves

When I was a little girl my Great Gran MacCrappy used to say "Allas weeeeearrr a grrreet mufflerr in th'winterrr.  Et maks all th'difrrrrrrence"  which, roughly translated means "Scarves are wicked cozy!"  And every winter of my childhood she bought me a great big colourful "muffler" which I loved.

Scarves are probably my favourite winter accessory.  Every time I see someone wearing their scarf I think of them as a practical and sensible individual.  The best part of the scarf in winter wear (unlike many winter coats) is that you don't have to sacrifice style for warmth.  In fact lately the scarf seems to be the fashion accessory for style-minded male celebrities.

So much so that they have now officially taken it too far.  I don't exactly know all the rules of fashion, but I'm pretty sure that these dudes are bordering on scarf-abuse.  It will totally kill your boner for these otherwise totally hot, Freebie List-worthy, beautiful, beautiful men. 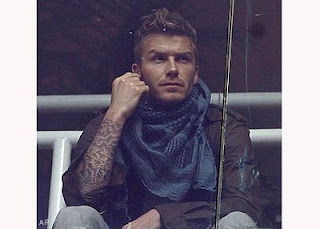 David Beckham.  No apparent environmental reason for the scarf?  Check.  Sufficiently serious scowl indicating a deeply brooding personality beneath his pretty-boy looks?  Check.  Sleeves rolled up to further demonstrate that this scarf is not in any way utilitarian but is instead making a bold fashion statement?  Check.

Yeah, I'm sorry but I just can't take seriously a man who takes himself so damned seriously. 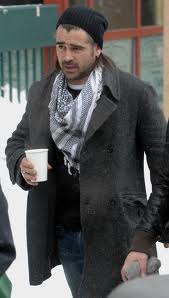 Colin Farrell.  Granted, there seems to be a clear environmental resaon for the scarf but the open coat says "Hey!  Did you notice my scarf yet?  Because I'm totally wearing a scarf and it is so badass I no longer even need to do up my fucking coat.  Because I'm a badass, scarf-wearing mothertfucker."

I'm not at all surprised to see him abusing the scarf.  It is just another sign of his inherent douchey-ness, as evidenced by his affinity for v-necks.  (Man, I love ripping on douchebags!) 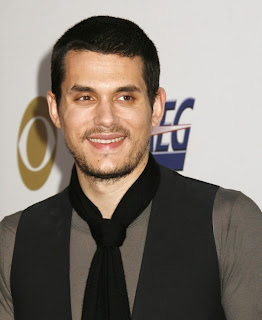 Here is John Mayer sporting the "scarf is the new tie" look.

John "I became a musician so I could bang hot chicks" Mayer combines pretension with douchey-ness in mind boggling ways.

First, he's just gross looking.  He is the sole exception on this list when it comes to any claims on manly beauty.  I think he looks like he's constantly recovering from a bender.  And yet he is indeeds banging hot chicks to the point that, according his now infamous Playboy interview "turning (him) down is the new sleeping with (him)".

Second, he esteems his music far more than "Your Body is Wonderland" will ever deserve.  He may be a great guitar player but a great song writer he is not.  Anyway, guy loves scarves so much he's selling scarves with his name on them. 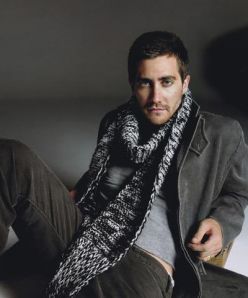 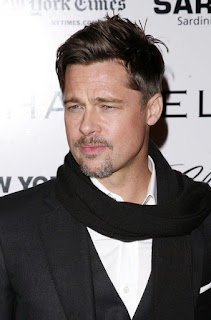 Brad Pitt.  Here's Brad on the red carpet at a film festival screening of "Changeling" wearing a scarf-as-tie.  Which is a refreshing change from the scarf-as-scarf he wore to the "Changeling" photocall and this summer scarf he wore at the Cannes Film Festival.  As in the South of France, Cannes.

Because who doesn't need a scarf in the Mediterranean? 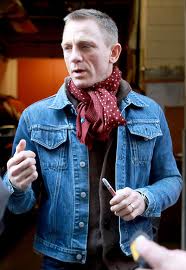 Daniel Craig.  Apparently starring in "The Girl With The Dragon Tattoo" and being the most badass version of Bond to date has led Daniel Craig to believe that he could pull this off. 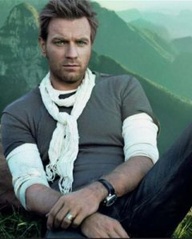 Ewan MacGregor.  No apparent environmental reason for the scarf?  Check.  Sufficiently serious scowl indicating a deeply brooding personality beneath his pretty-boy looks?  Check.  Sleeves rolled up to further demonstrate that his scarf is not in any way utilitarian but is instead making a bold fashion statement?  Check.

I like Ewan MacGregor.  In Ewan's case the scarf seems to be his only problem.

But it's enough.  Dude wears a LOT of scarves.

Speaking of dudes who wear a LOT of scarves.... 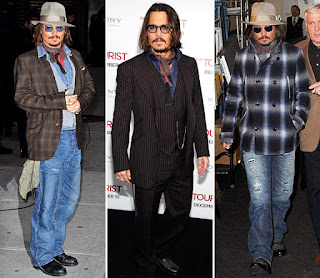 Johnny Depp.  When did Johnny Depp stop being a respected actor and start auditioning for the role of Steven Tyler's mic stand?

At least Ewan Macgregor et al. wear their scarves one at a time.  Johnny has a scarf for his pocket.

Read that again: He has a scarf.  For his pocket.

Doesn't he live in LA or the Bahamas or something?

Is this a pirate thing?

By all rights my list should have ended with me crowning Johnny Depp "King of the Man Scarves".  But then I saw this:

Lenny, I know you're a rock star and all but Christ!  Buy a coat, dude!
Posted by Mommy Rotten at 3:28 pm