8 Reasons Why Men Can't Take Pictures of Themselves

Selfies are everywhere and mean lots of things to lots of people.  I've seen selfies used to raise awareness for political causes.  I've seen selfies taken for fun like the famous Ellen Celebrity selfie.  And sometimes selfies are taken just because you look good and want a decent picture for your profile.

And while I personally tend to avoid taking selfies (mostly because I am camera shy and my face tends to do weird things in pictures) I don't have a hell of a lot of judgment for those who do indulge because, why not?  Have a little fun.   To each their own.  Hell, even the POTUS and the Pope take selfies.  They honestly seemed mostly harmless to me.

But recently, after James Franco's rather unfortunate, pale and clammy half-naked selfie (blech!) was uploaded, then taken down, and then gone viral (because the internet forgets NOTHING!) talk about selfies seems to be at the forefront of social commentary.

There has been much hand-wringing about the selfie.  Selfies are a cry for help..  Selfies either cause/indicate the presence of poor mental health.  Selfies are addictive.  The pressure to take the perfect selfie is driving teenagers to suicide.  Selfies are going to usher in the END OF AMERICA!

Apparently I was wrong about selfies being harmless fun.  Selfies are super important and super dangerous and can indicate everything and nothing about you!  This is kind of confusing but fortunately for me the internet, in the form of online trashmill of "ironic" misogyny Elite Daily, is here to help you understand.

I kind of chuckled at the title.  I'm interested in reading articles about selfie-etiquette because the phenomenon interests me as an outsider who does not participate.  I have read a few that seemed to give reasonable advice on the subject but this was the first one I have ever seen that was gender specific.

I didn't expect it to be a good/well-written list of rules (gender specific codes of behaviour rarely are) and it did not disappoint.  As a woman, I am not entirely confident that I can refute such iron-clad social logic so instead I will only attempt to understand it by rendering a rough translation into terms my feeble girly brain can grasp.  So here are...

8 Reasons Why Men Can't Take Pictures of Themselves

1) Selfies are strictly for women.  Women like to brag about what's really important to them: being pretty.  If you don't have titties to display no one wants to see it.

2) No really.  Chicks only.  Men are allowed to have two (or an absolute maximum of three photos if they should be unfortunate enough to get married....shudder), preferably taken by someone else, or you have to officially trade in your dick for a vagina.

Special allowances will be made for more than three photos but only if you are in full Batman costume, which is the most manly of all the superhero costumes.

5) You won't get laid, so why bother?  Nothing is worth doing unless there is an absolute guarantee of a "happy ending".

6) If you insist on taking a selfie like some brainless chick, we'll tell everyone that your penis is small.  Not because there's any research behind that.  Just because we think it's funny to humiliate you if you decide to shamelessly act like a woman according to our arbitrary rules.

8) You can't be a bad ass and take selfies.  Only chicks and Justin Bieber take selfies and everyone knows it is impossible for either to ever be bad ass.  Don't you want to be a BAD ASS???

(Not paraphrased) "The next time you think about posting a selfie, ask yourself the following: Am I an unmanly, attention-seeking, shallow, small-penised, sissy girl?"

That is a very good question to ask.  Unfortunately Samuel L. Jackson didn't get your memo, guys.  Which one of you Real Man's Men are going to tell him (preferably in person...oh, please make sure it is in person) that he's an "unmanly, attention-seeking, shallow, small-penised, sissy girl"? 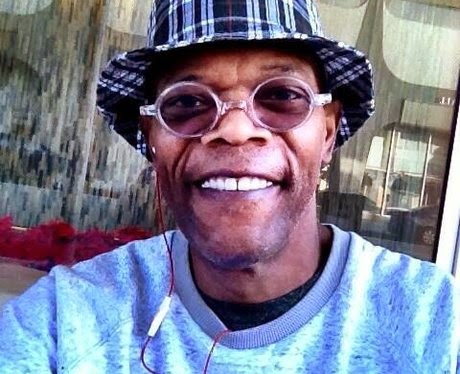