Everybody has them.  Every January I kind of take stock of my guilty pleasures to see if I should or would give any of them up in the interests of making myself a better person.  I usually don't.  But I thought it might be fun to take you all on this futile journey of self un-improvement with me.  Also, because so far it seems that the purpose of my blog is to highlight to the world my personal flaws in the name of entertainment. 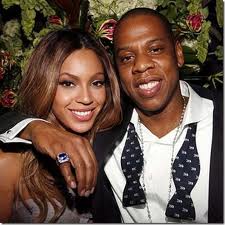 1) Celebrity Gossip.  Dirty, dirty gossip.  Because their flaws and failures are my entertainment.  Do I care that  Beyonce and Jay Z had a baby?  Nope.  Do I care that they named it "Blue Ivy"?  Well, that is mildly entertaining.  Do I care that they cockblocked a bunch of nervous NICU parents from seeing their babies so that they could have a catered, designer child-birth or that they compromised hospital security just so they could protect their rights to the million dollar baby photos?  Hell yes!  That there is better than dinner and a movie for me and I am looking forward to seeing how they manage the damage control.  In my opinion celebrities get way more respect than they deserve just because they are famous, they have a lot of money and people like the people they pretend to be.  When it becomes evident that they are often entitled, over-privileged assholes I eat that up like it's ice cream.

This kind of schadenfreude is not pretty.  When Charlie Sheen had his little tantrum and everyone was praying he would get help for his addiction I made popcorn and wished that I could Fed Ex him a congratulatory eight ball.  That ain't right.  Indulging in this guilty pleasure makes me less of a human being.  Will I give it up?  Probably not.  Because in my world of self-justification, anybody who acts like an asshole deserves to get laughed at. 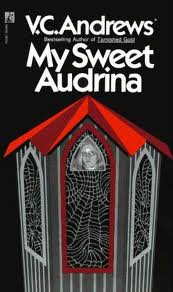 2) Trashy Novels.  This is a life-long addiction.  It began even before I learned to read.  Mummy used to read V.C. Andrews novels and I was always fascinated by the book-jackets with those weird family portraits behind the window.  It was years until I found out how wonderful garbage writing really is.  When I was twelve I stole a copy of "My Sweet Audrina" from Mummy's stash underneath the bathroom sink and I was hooked.  It blew my twelve year old mind and probably contributed to creating the twisted individual writing for you now.  Is it badly written and full of cliches?  Great!  Does it have ridiculously named, two-dimensional characters?  Awesome!  Is there some kind of bizarre or gruesome sex act described therein?  One that I find abhorrent but can't stop reading because of its trainwreck-like fascination?  It will be finished within the hour!

This trash takes away from the time I could be reading something worthwhile like Moby Dick or Great Expectations.  And the worst part is, some of the trash I have read not once, not twice but multiple times.  "My Sweet Audrina" is still a summertime go-to book.  I've even hidden a copy of "My Sweet Audrina"  between the pages of Jane Austen so I wouldn't look like I was lying when I said "I'm just doing some light reading".   That makes me a hypocrite.  A pretentious hypocrite.  Will I give it up?  No way!  Look, I love books.  So much so that the truth is I will read anything that's written, even trash.  For me trashy novels are a brain break, much in the same way a lot of people like to zone out in front of a TV.  I don't have to think very hard or ponder the symbolism or character development, I can just relax.  Having the tendency to be a little bit hypocritical is much better than being the insufferable asshole I would be if I were always reading Moby Dick.  Because Moby Dick is a fucking boring book.

3) Failed Prophecies.  A little background here:  I grew up thinking that the world was immanently coming to an end.  And my family is not even religious.  Apparently my cultural heritage is being a part-time eschatologist.  Every Easter we all sit around the table and I listen as they discuss Nostradamus, the Book of Revelation, nuclear war, plague and earthquakes (thank you History Channel).  It used to scare the shit out of me.  When I was 14 and the Gulf War broke out Mummy declared it World War III and turned our fruit cellar into a fallout shelter*.

(*Note:  Our fruit cellar was a 4X6 foot closet with cinderblock walls and a considerable gap between the door and the floor.  Somehow a family of five was going to live in there defecating into Costco sized pickle jars and eating dehydrated fruit in the dark.)


After watching about six Doomsdates come and go without incident I began to grow skeptical but the fear of the End Times stayed with me well into adulthood.

Ever since Y2K didn't happen all I have been hearing about is 2012.  It's Mayan calendar this and Solar storms that.  The earth's going to wobble and change poles and the sun is going to travel in a different direction and the sky is going to fall blah, blah, blah.  I even read some of the books my family has been citing as sources and now I'm just pissed off that they got swindled out their money.

In recent years after enduring a serious amount of 2012 bullshit and (believe it or not) spending a year and a half hanging out with Jehovah's Witnesses (love the people, despise their church) I began to notice that I feel an inordinate amount of pleasure when a Doomsdate fails.  I do a touchdown dance and shout out with unmitigated glee "Ha ha!  You were wrong!  Suck it, Prophet!"  Then I spend the rest of the day basking in the warm afterglow of their failure.  I am so looking forward to December 21 this year.  It might take me a whole decade to get over myself.

This end of the world stuff seems to be the stuff that my family put in their God-hole so every time I crow over  those wrong dates I feel like I'm shitting on their deeply held pseudo-religious beliefs.  Indulging in this guilty pleasure makes me smug.  Will I give it up?  Not bloody likely.  See my opinion on laughing at assholes above.  Also I love my family and so I want them to have a healthy amount of skepticism in their souls so they won't waste time, money and anxiety on books whose writers tell you that the reason they didn't leave you a bibliography to check their work is because they were too busy preparing for the end of the world.
Posted by Mommy Rotten at 4:26 pm