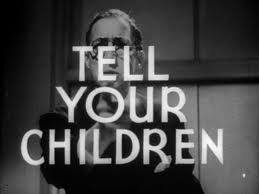 It will come as no surprise that I like to break the rules, especially when it comes to parenting.  I don't break the rules to be cool or rebellious.  I'm not trying to be unique.  I just think that blindly following rules without thinking about them or understanding that most rules have exceptions is stupid.

And sometimes breaking the rules can be awesome.


For example, as I sit here writing this my kids are joining me for a nice cup of coffee.

I honestly don't believe that this should be very shocking, it's really not a big deal.   But apparently it is.  Last week I got suckered into commenting on this article polling readers as to whether or not it's okay for Brad Pitt to give his kids Coca Cola to keep on schedule.  Very controversial.  Even those who felt that soda was okay as an occasional treat were all in a tizzy.  I think one lady got away with telling people she gave her kids soda because it was back in the eighties when she did it, and no one seems to blame her for that.

Everyone knows that children from the eighties were raised in caves.

Look, I don't really give a shit how the Jolie-Pitt's see fit to raise their kids, I've got enough problems with my own, but I commented because there was no option to vote for "caffeine in moderation is fine".  Something any doctor will tell you.  But then, what do doctors know?  Am I right?

And of course, I caught flack for it.  Not much but also not surprising.  What was surprising was the fact that even though I specified that the kids' daily Joe was fine by their pediatrician, and even though the poster was okay with moderate soda consumption, the fact that I gave my kids coffee was tantamount to lacing their cookies with arsenic.  (Yes, I am reading Flowers in the Attic right now.)


The underlined words are "I believe in everything in moderation" and "whatever, none of my business".   And then she proceeds  to tear me a new one for giving my kids coffee.  Here, I'll wait while you go read it.  It should be pretty easy to find.  The hypocrisy is breathtaking.

Everything in moderation?  Everything but coffee.  None of my business?  Unless it's coffee.  Oh and thank you so much for pontificating pointing out that I don't need to give them coffee.  I just need to get my kids to bed earlier.  Well, aren't you a fucking genius?  No, really you should write a book, you'll make millions.

So what's the deal with kids and coffee?

I found this website that highlights the risks of caffeine in children.  Let's go through the list, shall we?

1.  Kids who drink 1 or more sodas are more likely to be obese.  I give my kids coffee with a half teaspoon of sugar and a very generous amount of milk.  It's the sugar that's the culprit for obesity, not caffeine.  A can of Coke has about 10 teaspoons of sugar.

2. Caffeinated beverages are full of empty calories.  This makes kids miss out on more nutritious foods.  Soda in particular can cause kids to not get enough calcium.  You can't put milk in Coke, that's for sure.  Also coffee is a part of a full breakfast in our house, typically consisting of cereal and yogurt.  I really wish I could say they ate fruit, too, but they don't.

3. Drinking too much soda can be bad for your teeth.  Because of the sugar.

4.  Caffeine is a diuretic which can cause dehydration.  Well it's a good thing I know how to operate my tap.  We drink plenty of water in this house because juice is expensive, yo.

5.  Abruptly stopping caffeine can cause withdrawal symptoms.  Then I must give it to them every day!

The vast majority of doctors agree that coffee in moderation is fine.  A doctor's definition of moderate coffee consumption for an adult is 2-4 cups a day.  Children under the age of 12 should have their coffee consumption monitored.  There is no evidence that shows coffee stunts a child's growth.  And apparently in Brazil they found that the coffee drinking kids were less likely to suffer depression.  The fact is that the problem has a lot more to do with sugar than it does with caffeine.

Finally, you just never know what a family's individual situation is.  My son has un-medicated ADHD.  There is some evidence that shows that moderate coffee consumption has benefits for those who have ADHD, often creating the opposite effect on them than it would on a non-ADHD person.  Just to be sure, I asked Frick's doctor about it and he agreed that a little coffee in the morning couldn't hurt.

This prejudice against coffee for kids is unmerited.  Clearly the problem is with daily soda consumption.  And I'm not going to get all "Brad Pitt is wrong and I'm right!" on you.  If he knew how great coffee could be he'd use that instead.  Like most people he probably just associates kids with soda and views coffee as an adult beverage.  It's even possible that he is capable of independent thought and tries to compensate in other ways, but who knows?  I don't live in his house.  All I know is that sometimes breaking the rules is the only way to get by.
Posted by Mommy Rotten at 12:04 pm